It’s been a while. And while I’m slowly starting to type on my keyboard again and letter by letter appears on the screen, I feel it was about time to publish something on the blog again.
I have actually written quite a lot in the past. But more in my diary/journal/callitwhateveryoulike instead of ‘publicly’ on the internet. I was craving paper under my hands and a pen between my fingers. I was craving for analog life if that is an expression, that could sum up the past months.
Today, I wrote down a question in my journal. “What keeps you alive”, it says. Life kept me alive lately. And that is, by far, the most enriching and inspiring thing that can happen to any human being, in my opinion.

That doesn’t mean that there haven’t been any troubles, no anxiety, no stress. There has been a lot of this too. Especially at the end of summer, late August until late September. There has happened a lot of changes, decisions, followed by consequences. Most of them, I took on myself. I started figuring out a lot and I started to take care of my own life a little bit more. I moved to Vienna, to a nice apartment, searched for roommates, found two amazing ones who make me smile every time we’re meeting in the kitchen. I worked, commuted from Vienna to Graz almost every single weekend just for work until I had to quit simply because it took too much of my energy. I spent lots of time with friends, made new friends, met with friends I haven’t seen for several years.

I summed it up on the 31st of December while sitting on the second floor on a sofa in my so beloved Swedish hometown. On a day, when I finally had the serenity to reflect on my lovely lived life.

a year of joy, beautiful adventures,
new experiences, lovely people, changes, decisions,
consequences.
and a year ahead,
seeming to get no less exciting.

Down here, you see a picture of me. It’s a very old, yet unpublished picture of me wrapped in clingfilm (had to google that word). It was for an art project at my former school. It’s inspired by a similar picture Annie Leibovitz took of some guy, probably someone famous. Can’t remember his name.
A not very current link to an interview with Annie Leibovitz, unfortunately only in German. I like her answer to the first question.
Anyways, this picture means quite a lot to me. Every time I stumble across it on my computer, I feel and think differently about it. Let’s call it ‘Freedom of feeling’ this time. 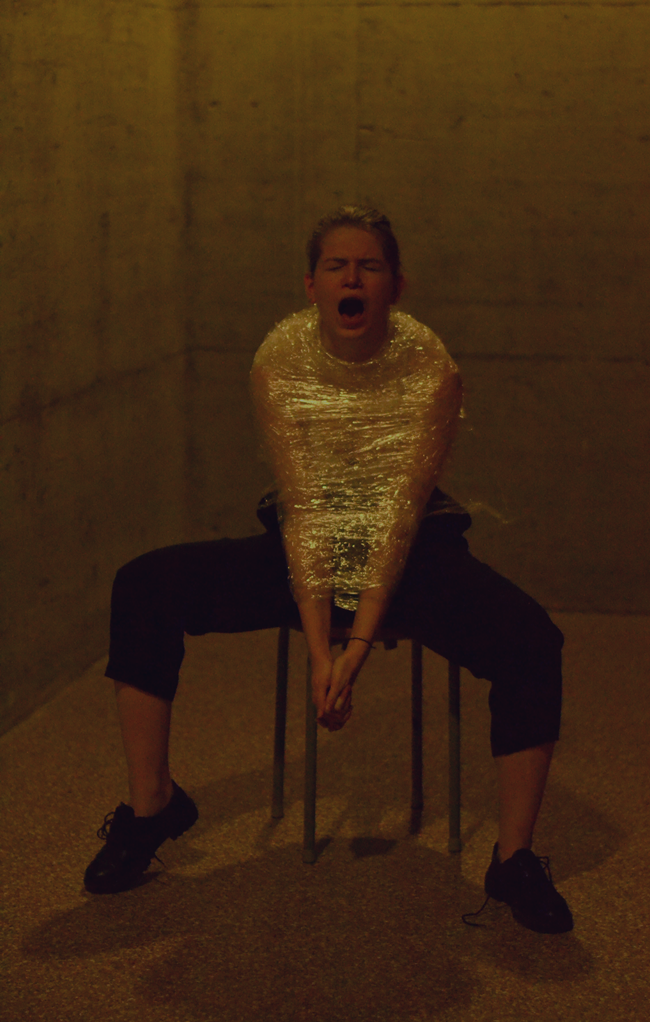