Where to
start. Well, the last weeks have been quite stressful but also emotionally exhausting. There isn’t
much I’ve done except studying and sleeping. One reason for that was our final Math test, which I was really nervous and anxious about since it decides if I’m allowed to take my finals in May. Unfortunately, I didn’t manage to get a good grade on the test and this means I’ve got kind of a “last chance” the week after our Easter holidays. I’ve been struggling with Math since the very beginning of my school career but now that I’m so close to the end I just wanna get this whole thing done and never think about it again.


Besides my personal life happened something else which made me feel extremely upset. You probably have heard about the terror attack in Stockholm too. I got messages on my phone when my friends on facebook marked themselves as being safe. Just about ten minutes before I should hold my presentation of my final paper in front of a committee. Hearing about this awful news, especially because it happened in my beloved second home country, was horrible for me. The topic of my final paper was, silly enough, Austrians in the Swedish Exile. I was supposed to talk about similarities between the asylum policy in Sweden today and during the Second World War. So pretty much all I should say was that Sweden handles immigration issues really well but the moment I got the news about the terror attack I felt completely lost in my issue. I didn’t feel excited and enthuasiastic about the presentation anymore. However, I’m really blessed to have such understanding teachers who always help and support their students whenever needed. The presentation itself then went well and I was just glad to have it done, even though in my thoughts I was constantly in Sweden and by all my friends there.
Mitt fina Sverige, jag beundrar dig för ditt sätt att hantera så pass svåra och mörka situationer där alla befinner sig i sorg och osäkerhet. Jag hoppas att människor rycka nu ännu närmare till varandra. Mina tankar är hos er. Stockholm i mitt hjärta. 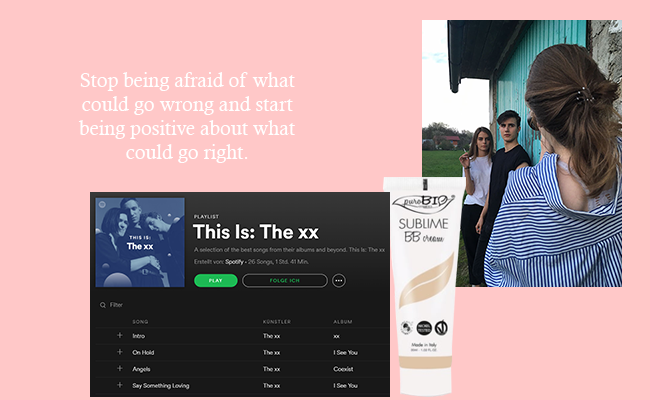 Except the horrible news from Stockholm, the last weeks went by quickly and some good things happened too. First of all: I’ve got a job! At least I think so, since we didn’t talk about the exact details yet. I’m so happy to finally have made some decisions for the near future. The job itself seems to be great because I’ll work at the airport, which I think is really fascinating. I’m going to start working there in exactly one month and I couldn’t be more excited about it. Certainly, this seems to be a good first step into some more future-stuff-planning.
After the presentation of the final papers (which was by the way also kind of our last school day because now we only have to attend the subjects in which we are going to take finals) me and my classmates went to the appartement of our dear friend Luise where we celebrated this very last day of our school life. As I’ve said a couple of times before, I just love my classmates and even though I’m glad to go out of school soon, it’s sad to know that we’re not going to see each other every day in class after that.

The first days off from school did I use to do several things which I wanted to do for a long time. Such as ordering two books. One from Astrid Lindgren (“Die Menschheit hat den Verstand verloren”), a book where her diary entries during the Second World War are collected. The second one is from Joachim Meyerhoff, whose first book my class teacher recommended to me. Now I’ve ordered part 2 of his trilogy (“Wann wird es endlich wieder so, wie es nie war”). If you are looking for an enjoyable book, written with careful chosen words, I can only suggest you to take a look at his books.

While I’m happy to read something different than the literature for my final paper, I was also looking forward to the release of the fourth (and unfortunately last) season of Skam. I think it’s really cool that Sana is going to play the main character this season and I hope it will be as good as the seasons before. Something else I recently discovered is the online shop Ecco Verde. As I have to wear make-up for my job, I need to get new make-up and this is the ultimative opportunity for me to finally buy natural cosmetics. This BB Cream from purebio which you can see on the picture above seems to be the perfect choice, but I wanna look through everything first and then decide what I’m going to purchase.

And last but not least I’ve to tell you about a really exciting shooting which I had on Monday (sneak peek above). Me and my two friends Martina and Monika wanted to shoot together again, but we never managed to set a date and plan things properly. Because of another friend of ours and also kinda through coincidence we contacted a guy named Matthias and asked him if he wants to shoot with us. We said that we’re going to see if we find a possible date during Easter holidays but spontaneous as we are it was more of a last minute decision to meet and shoot on Monday. Honestly, I was a bit unsure how it’s going to be, mostly because I’ve only photographed good friends of mine before but also because of the fact that I never had like a “pair shooting” either, so far it was always just me and the “model” and nobody else. Maybe I’ll manage to show you some of the pictures already on Sunday, but one thing I can tell you already: The pictures turned out to be amazing and I never ever expected such great results!